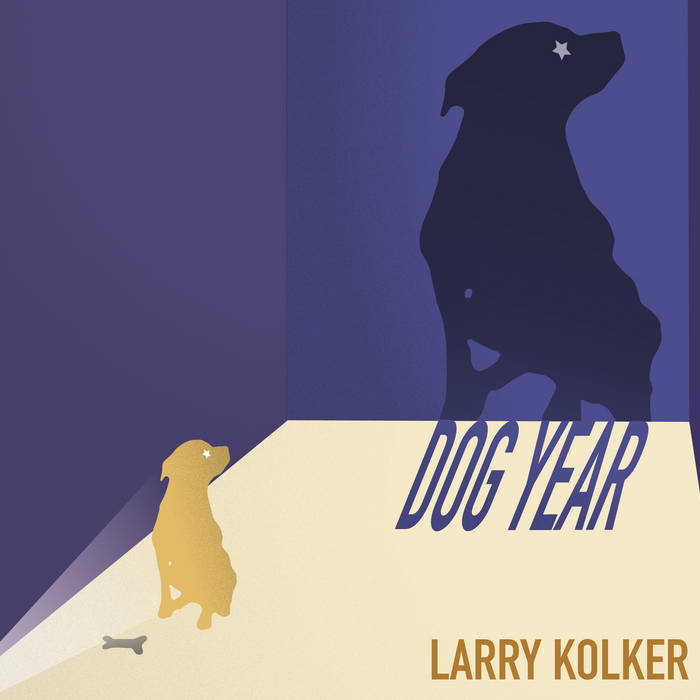 Chad Lehman This song sounds the most like the LI SLIM I remember. It also sounds like he has the most fun on this track out of all of them. Favorite track: Got My Gums.

“Sung with great soul, Larry Kolker offers a refreshing addition to the great singer-songwriter tradition with the powerful ‘Dog Year’. With a great ear for melody the arrangements feel positively energetic… The stylistic gamut runs from a western twang to elements of indie rock, folk with even a hint of reggae coming into the mix. A sense of humor and playfulness ties the entirety of the album together… [He also] incorporates a little bit of funk and jazz fusion… ‘Dog Year’ shows off Larry Kolker’s undeniable chops, creating a sound that feels timeless and infinitely tasteful.” –Skope Magazine, Nov. 17, 2017

"Life is good and you never know. Stay open and trust the universe, and know that even the hard times are temporary…" Advice from a friend.

A dog year is like seven human years to a dog. And this dog has gone through one of those years. But I took that advice, came out on the other side, and everything has opened up (and if I can do it so can you). The songs are about love, loss, longing and other small challenges.

The Dog Year Band members: Jeremy Kolker, truly a great rock drummer and a better son. Peter Calo, a musicians’ musician who astounds me every time he picks up a guitar. Paul Leschen, who can do anything with keys under his fingers. Lara Herscovitch, a perfect singer who the universe brought me at just the right time and sang just the right way. Jimmy Eppard, who shredded his guitar solo at the Woodstock session. And Mark Dann, a genius on bass guitar and in the recording studio, who helped me do my best every time. These songs were recorded at the Mark Dann Recording Studio in Tribeca, except for American Girl and Sweet Jane, which were recorded live (these are both single-take tracks) at his Woodstock studio.

Larry performs solo, with a percussionist, with a kick-ass trio or full rock band, or as a sideman with other artists. Besides his original music he can perform several sets of tastefully arranged rock, pop, folk, and blues covers of songs from the 20's through the teens. His 2012 album, Awful Smart Man, and hIs 2002 album, "Long Island Slim", are also available all over the place.

Bandcamp Daily  your guide to the world of Bandcamp